is a modern, IBM PC (GW-BASIC) compatible alternative to Sinclair Basic. Converted by Sinsoft, in 1987, for the Spectrum 80k.

MZ BASIC for the ZX Spectrum was published on one tape cassette with other programs, several custom ROMs and all documentation (in Czech language) relating to the Spectrum 80k. Three versions were made, only the second is preserved. The third version supports disk access (DOS with subdirectories). 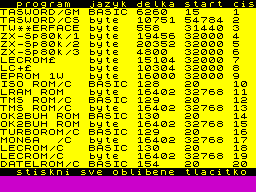 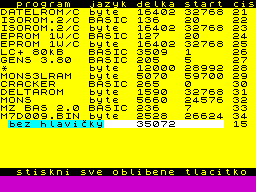 Try out the Spectrum 80k mode with the LnxSpectrum emulator.