Sinclair ZX Spectrum +2A and more

The Amstrad's Sinclair ZX Spectrum +3, +2A and +2B computers are the last in the direct evolution line of Sinclair models. Their modern design, based on a new ASIC ULA chip, with a reduced number of chips and new memory paging expansions, provides a better stability of the electric circuits and brings advanced possibilities for "keeping Speccy alive".

The design has even turned to a pretty clever future compatibility - main Russian Speccy clones have system issues (timing and ula-cpu-memory slown-down) common with the +3 family's design, so russian demos and games prepared for non-standard east-european clones run perfectly on the +3/+2B/+2A.

All text below is obsolete now. Go and buy the MB03+ Ultimate for your ZXS+2A/B/+3 or purchase a new eLeMeNt ZX motherboard, which perfectly fits into the ZXS+2A/B/+3 case. They implement more than 25 interfaces, without any complications and solderings, and you can easily switch them on or off (i.e. like to plug and unplug real old interfaces, but no more compatibility issues and expansion-bus clashes).

Also please note, that east-european software is not needed to be converted any more, because all TRD and SCL file-images can be run directly from SD card in the esxDOS. LMN128's hardware joined a lot of new interfaces in order to run new music and graphics demos and famous games.

The price for this progress/evolution is small, some little issues of incompatibility with the previous models (the well-known IM2 vector issue is solved here).

With some cleverness these add-ons can be build inside the case:

The question is how to put all add-ons inside the case together. At least four of them :-) I have made some effort and will report about it later.

And - don't forget: every colour of the Sinclair computer case is nice if it is the black colour :-) 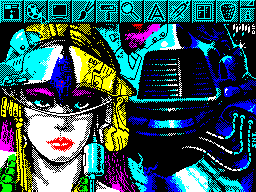 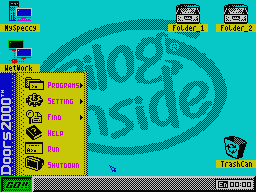