SAM Coupé is an advanced 8bit computer based on and compatible with the popular Sinclair ZX Spectrum 48K. The Coupé has many hardware and system expansions typical for 16bit home computers:

The SAM Coupé came too late to hit markets - in the times of Atari ST and Commodore Amiga it was mostly compared to these 16bit machines. However it is a pure 8bit computer only and still seems to be the very complex system compatible with the Speccy. 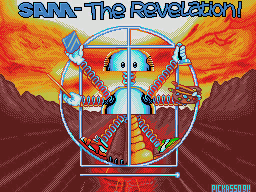 In the days of 8-bit home computers, it was assumed that a successor of the Sinclair ZX Spectrum would be the SAM Coupé itself. Nowadays any SuperSpectrum is easily implemented in VHDL cores for modern FPGA boards. Sadly most of modern Speccys are poor replicas only or with limited or unbalanced expansions and small connectivity to modern PC world. Many of them vanished after several years or are getting obsolete soon, also because of small capacity of its hardware-hearth, the FPGA chip.

ZX Spectrum for the 21st century

LMN128's devices are powerful and in their design very future-oriented, in 2021 are still the first and only hardware which can precisely display exact timings and screen (demo) effects through its digital audio and video (HDMI) output. The MB03+ Ultimate interface gives a lot of superb add-ons to any old or basic Speccy model. The eLeMeNt ZX is a modern speccy, which combines the world of advanced east-european peripherals (and a huge amount of demo-software made for this HW) with traditional speccy hardware and also with the FAT-based esxDOS! 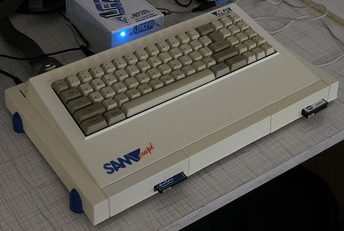 Troubles with archaic floppy disks? No more problems with external Trinity Interface. Or Atom Lite+ Interface built inside the Coupé in the place of old disk drives. The DOS available for these devices provides the highest level of compatibility with the old disk-based system (SAMDOS).

Please support and implement modern and advanced interfaces. Thanks!


This site is a part of
WWW.SPECCY.CZ